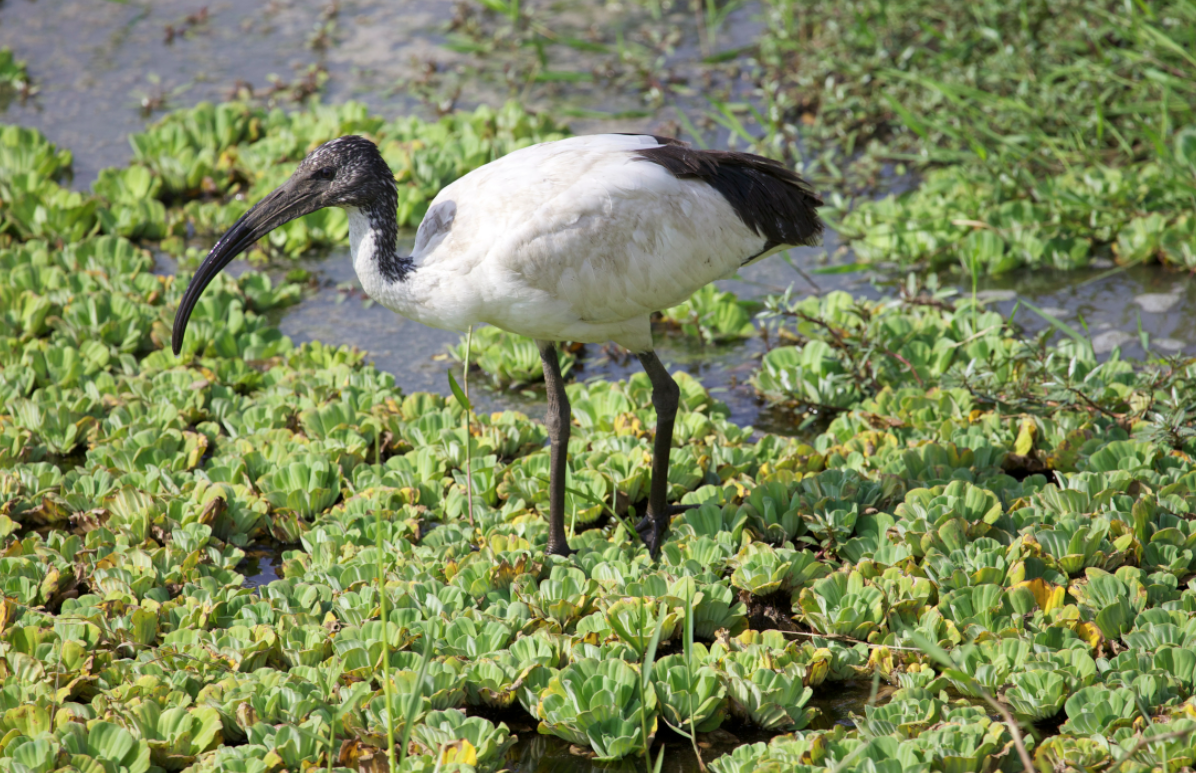 The Sacred Ibis is native throughout sub-Saharan Africa and southeastern Iraq.

Worshipped in ancient Egypt as an incarnation of the god Thoth and prized for their role in wetland ecosystems, Ramsey’s story allows us to tie in the connections of humans and animals over centuries of civilization. Understanding how we have relied on and revered nature around us brings us closer to how we are still connected to the survival of biodiversity today.

Ramsey is part of our farm and aviary tours and you won’t be able to miss him! He is also a pro at free flight programs, and you can book an educational program for your event, school, museum, or library and be amazed at his calm and gentle nature.

Likes: Fish and exploring his space with his sensitive beak

Dislikes: Being left out of the group

The Sacred Ibis gets confused for the Australian White Ibis, or cheekily monikered “bin chicken.”

Sacred Ibis have non-native populations in Europe, some of which have been culled or deemed invasive.

Though they have a healthy population, their numbers do appear on the decline.

Sacred Ibis were so revered they were mummified with Egyptian pharaohs.

When Napoleon’s army invaded Egypt, they made off with a bunch of these Ibis mummies, bringing them back to Europe!