Larue, the angel bird with a wing to match 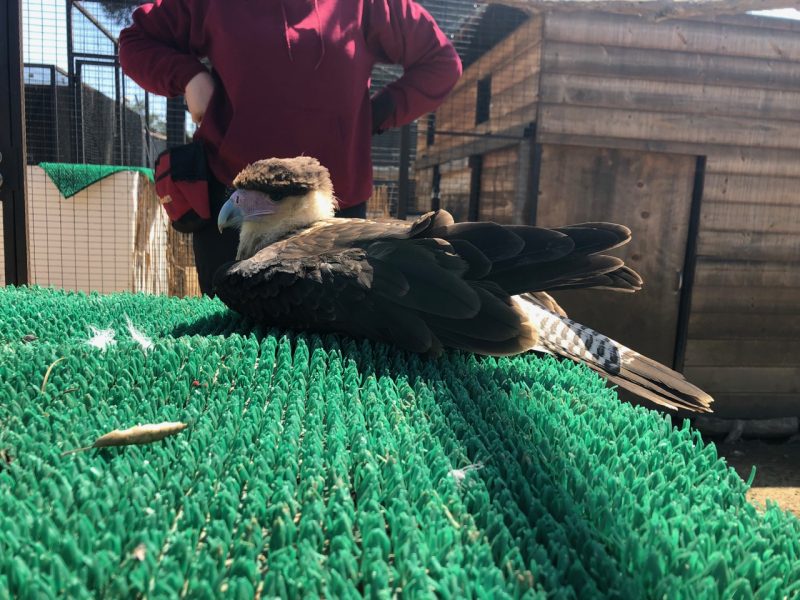 15 Jun Larue, the angel bird with a wing to match

Posted at 20:03h in Conservation, News, On the Ranch by Hillary Hankey
0 Likes
Share

What do feeding ducks bread at the pond and our caracara, Larue have in common? Well, that’s actually a trick question. You might have heard that feeding bread gives waterfowl a deformity called angel wing. The epidemiology is not exactly clear. But what we do know is that Larue came to us with a case of angel wing, and that is extremely odd.

Caracaras are highly unusual raptors for a number of reasons, and our early experiences with Larue the crested caracara has been just as unusual. Caracaras are intelligent and engaging, and though they are members of the falcon family, they aren’t particularly aerial like most falcons. With long legs and big feet, they spend a lot of time running along the ground, preferring to scavenge alongside vultures. If they do go after small prey, they tend to run it down as opposed to flying after it.

I fell in love with this extraordinary raptor in 2011 during a self-guided ecotour to the Brazilian Pantanal with Andre. This region of the world is 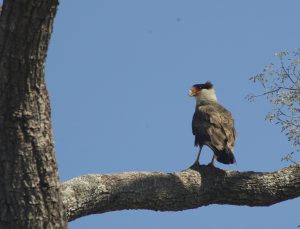 teeming with wildlife, a total birder’s paradise. It took us 2 hours to drive 12 kilometers: there were so many birds and other animals to see that we were constantly stopping the car to watch, and they appeared unfazed by our presence. The caracaras patrolled the grasslands looking for small mammals and reptiles. Birding and ecotourism are fabulous ways of supporting economies all around the world, and the Pantanal offers opportunities unparalleled to view wildlife like hyacinth macaws, anteaters, caimans, and hundreds upon hundreds of birds.

Caracaras are not a particularly common sight in the southern US, but you can see them now and again, and it’s a real treat. They prefer open habitat and can be found in Texas, Florida, Arizona, and have even been reported in Southern California! They are incredibly smart, animated, and fast. They are well known for figuring out puzzles and challenges.

We welcomed crested caracara Larue to our little family to represent this fantastic species. He comes with a crazy “Gotcha Story.” Larue was never wild, but hatched and raised in human care, which means he is not a rescue. We 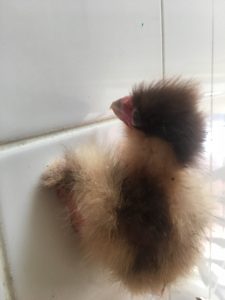 had been hoping for him for a while but were guarded about his arrival to the world. Caracaras only lay one or two eggs, and there are lot of things that can go wrong with young birds in the egg and upon their first few days of life.  Each video and picture were gifts of hope and we counted the days until he would arrive.

Everything came crashing down the moment Larue walked out of the airline carrier the night he arrived. It was clear from the second I saw him that he had a malady called angel wing. Angel wing, or slipped wing, is a condition with only one reported case in raptors but seen in waterfowl. It occurs in one or both wings when the birds is very young, still growing and hasn’t yet fledged, usually in the left wing when unilateral, rarely if ever seen on the right side, and most often in male birds. These complexities belie a very peculiar epidemiology with many variables we are still researching. The wing feathers grow too rapidly so that the blood feathers are so heavy that the wrist joint of the wing bows out and can permanently deform the wing bone if not cared for immediately.

Angel wing only occurs early in life, and the causes are not clearly understood. It is believed to occur when the bird achieves a rapid growth rate, improper nutrition, high protein or high energy diets, insufficient exercise, large flock size, and/or rearing under stress. Genetics and environmental pollutants may also play a role. Many unscientific articles attribute the feeding of bread to waterfowl as the cause of angel wing, but while bread is not the most nutritious food, it is unclear how much it plays a role in the condition.

We contacted the caracara breeder immediately, and it turns out, he had no idea that there was such a condition or 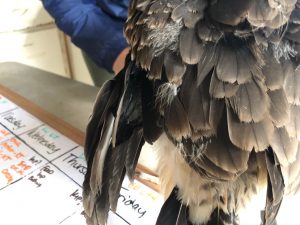 what the problem was. We had dealt with and cured angel wing in a crowned crane chick previously, so we knew what we were looking at. Even still, with a bird as unusual as the crested caracara and situation as odd as a raptor with angel wing, we took him to see our trusted veterinarian, Dr. Lee Young of Discovery Valley Veterinarian Hospital, the next day.

With angel wing, it’s necessary to wrap the problem wing so that the weight of the growing primary feathers doesn’t continue to add stress to the growing bone. The wrapped wing is folded in place and the feathers continue to develop. Wrapping a raptor wing is much different than wrapping a crane wing, and Larue was not happy about the situation. As it turned out, less is more, and we were able to gently put on a rudimentary paper tape bandage while rubbing his head and he hardly even noticed what was going on. We changed the bandage every other day and watched his progress. This also gave us the opportunity to preen down the heavy sheaths that protected the growing feathers.

We saw progress of the wing feathers tucking in better after his first bandage change in two days. It was thrilling, but we were still guarded. There was a long way to go. Plus, there was the added danger of him not being able to exercise the underdeveloped muscle. Caracaras already aren’t the strongest flyers. Now, the problem was getting exponentially worse by having a condition caused by poorly developed muscle and bandaging up the wing of a baby bird that was at the developmental stage of wanting to flap and try to fly but not physically able. Whew!

We gave him progressively longer breaks during the day to work on his flapping. Each time he got a little better. Finally, after about twelve days, it was time to leave off the bandage. Larue had been a pretty good sport, but he was pretty fed up of being bandaged.

Never have I met a bird of prey with more personality and so much ability to express himself. Larue seemed to have a lot to say, and when we finally were able to have training sessions and encourage flight, he would very clearly let us 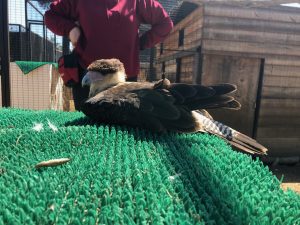 Falcons mature and fledge very quickly. They must, in order to get out of their vulnerable state in the nest and in to adolescence, where they can hunt for themselves. By eight weeks old, Larue was beginning to get a little better at flying, and his wing looked almost perfect. At first, we could tell it was slightly different, but he seems to be compensating just fine and each day shows improvement. We are excited for the next phase of his career, which will be getting out to free fly and exploring more of the world.

Watch our video showing Larue’s progress with his angel wing and growing up in our care.