How to Save the World and Have Fun Doing It 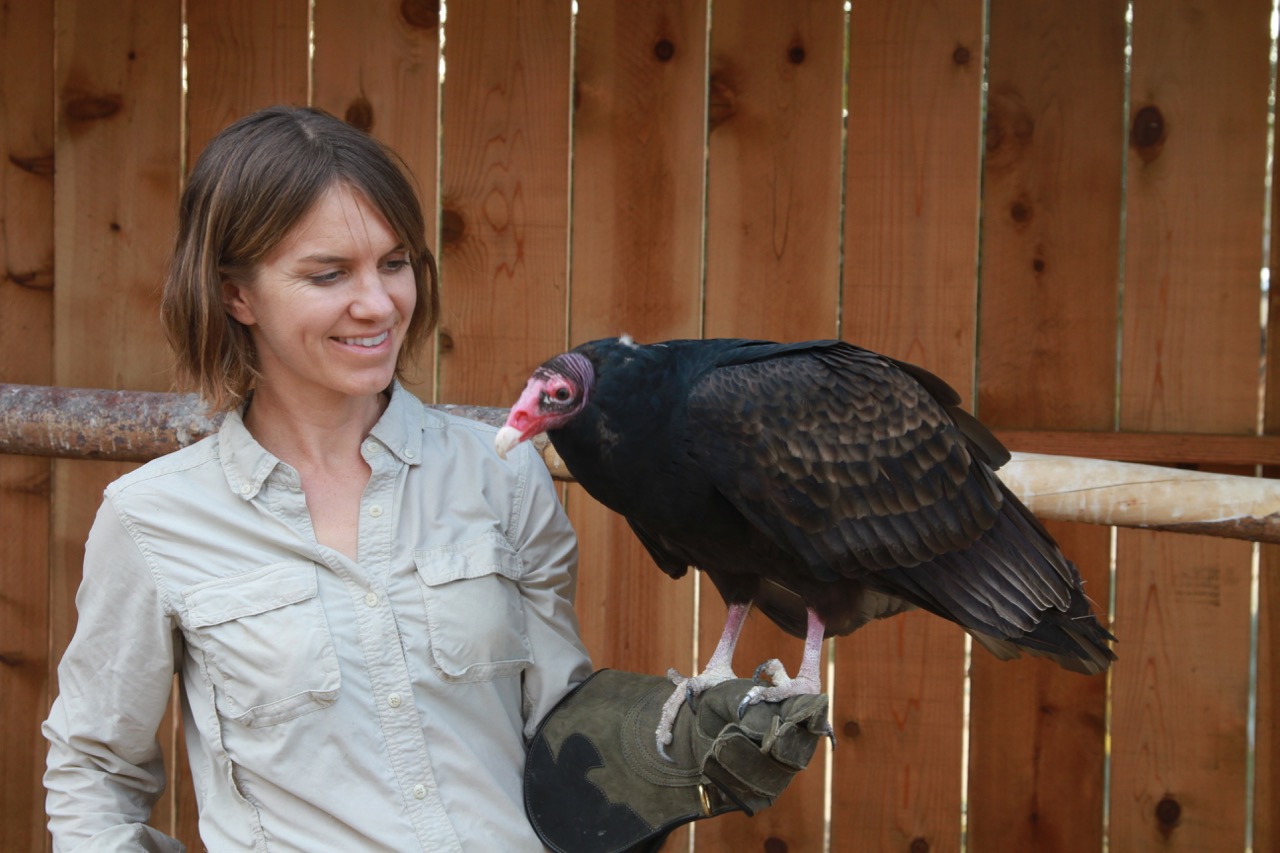 Even living in the city, we are lucky to find wildlife all around us. In fact, San Diego County, known as a biodiversity hotspot, is the most biologically diverse county in the US, according to the Nature Conservancy[1]. It is also home

to around two hundred threatened or endangered plant and animal species, including songbirds, amphibians, and crustaceans. The ecology is quite unique, with desert chaparral, oceans, and mountains all within a small, temperate area, creating this special hotspot.  The neat thing about having all of this wildlife around us is that not only does it mean we can experience and be a part of nature in action virtually any time we step out our front door, but it also means that there are many small things that the average citizen can do on a regular basis that can have a 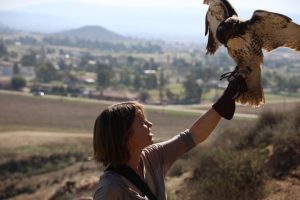 Hillary with her red tailed hawk Joplin. Photo by @stephanicruz.photography

huge impact on the world around us.

Conservation does not have to be an interruptive, all-encompassing task. It can take place in one of many simple ways:

* Resolve to use snap traps instead of rodent poisons, which work their way up the food chain, killing birds of prey, fox, bobcats, even dogs safely contained in our backyards!

* Switch to more natural lawn and garden fertilizers and treatments to help our oceans and waterways and include companion plantings, xeriscaping, and natural pest deterrants

*Turn a corner of a yard or workplace into natural habitat with native plants to attract pollinators, encourage nesting songbirds, and engage other wildlife

*Plant a vegetable garden or plot and a fruit tree or two in your yard or balcony. Here is a USDA map for plant hardiness to find out what you can grow in your area. Check out these tips for selecting and growing trees

*Compost your kitchen and garden waste

*Say no to drinking straws, which find their way into our oceans

*Just say no to single use wherever possible – make your own soda water and sodas, buy a juicer, carry tote bags and water bottles: rethink your trash bin

*Think lead free…bullets that is. Lead bullets cause catastrophic damage to condors, eagles, and many other wildlife species when scavenging or consuming prey with lead shot in it. Try steel or copper instead.

*Go on an ecotour

*Mind your meals. Are your foods sustainably grown? Time to get curious about the ocean’s stock of salmon and other fish, farmed shrimp (there’s an app for that!), and how other foods are grown and raised.

*Get outside and enjoy the sights, sounds, and smells of nature.

Whether you put up a nest box or change your way of life, when we help one animal, we change the world for other 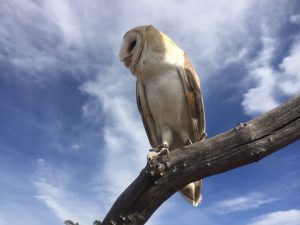 species as well. Nowhere is this clearer in the studies completed with many of the yet to be explained disappearances, from the American Kestrel to the Great Horned Owl to the Honey Bee, one of the more well-known and particularly harrowing examples of a conservation and economical nightmare. Even worse, researchers in Germany found that insect mass has gone down by nearly 80% since 1989.

Thus, just as the decline of a tiny insect can have far reaching effects, so can each action of our own. Take an apple core as an example. When tossed to the roadside or sidewalk, it attracts prey animals like rodents and rabbits to high traffic locations. This in turn brings the attention of the predators to the roadsides, such as coyotes, red tailed hawks, owls, and others. When we encourage the animals close to our roadways, we increase the likelihood of animal deaths. For young raptors looking for an easy meal, traffic collisions are one of the many causes for injury and fatality that lead to their near 90% mortality rate in their first year.

We can even look beyond our backyards to the crises with megafauna and other so-called charismatic species all across the planet. As we pour resources in to developing ever-increasing protections for elephants and rhinos with habitat loss and more critically, the poachers and insatiable demand for horns and ivory threatening their very existence on this planet, there are other species getting sucked into their wake that play a vital role in the ecosystem and even human health: vultures. In Africa, poachers will poison an elephant or rhino carcass after collecting the tusks and horns so that the vultures won’t give their location away to the game wardens. This poison can decimate five dozen or more vultures at once, as well as any other scavenging species, like lions, hyenas, jackals, storks and ground hornbills.

Vultures are so unique in their niche with one major reason: their metabolism has such powerful acids that it is a true dead-end for a host of pathogens such as rabies, anthrax, tuberculosis, botulism, and brucellosis. India saw a 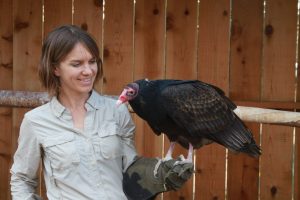 98% decrease in their vulture population with the introduction of bovine drug Diclofenac, that killed vultures when they ate dead cows. When the vultures disappeared, other scavengers like rats and feral dogs took their place. Because these replacements are carriers of rabies and plague rather than dead-ends like vultures, disease spread and India saw its medical expenses increase by $34 billion with 47,000 additional human deaths due to rabies alone[2]. It is truly a race against time to ensure that Africa and its precious animals do not see a similar fate.

The good news is that there is a model for incredible conservation success stories, stories of people working together for a common goal. Thanks to the combined efforts of banning insecticide DDT in 1972, clamping down on poaching and persecution, and in some cases, drawing on the knowledge of falconers who breed and train falcons in captivity, the bald eagle, peregrine falcon, brown pelican, and osprey have all made tremendous comebacks, with the former two coming completely off of the Endangered Species List in the US. 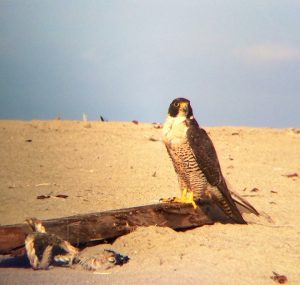 There have been many revolutions over the course of civilization that have called upon the need for environmental education. As we swallow up wild lands, displacing wildlife and wild breeding grounds, it takes exponentially more effort to achieve sustainability and preserve the rapidly declining populations of wildness. It is hope like the stories of the peregrine falcon that we at ABI endeavor to provide experiences and strive to foster a deeper understanding, respect, and appreciation for wildlife, the environment, and these links that keep all of us inextricably tied together. Hope like this inspires us all to lace up our shoes, venture out into nature, and create our own stories of discovery, awe, and action. We cannot be waiting for a magic broom to come and sweep away the challenges we face, laid forth by generations of habits that are ill-suited for a coexistence with rest of the planet’s denizens. It is the small actions of each of us, the strong voices of the passionate, that will drive us forward to a more sustainable future.