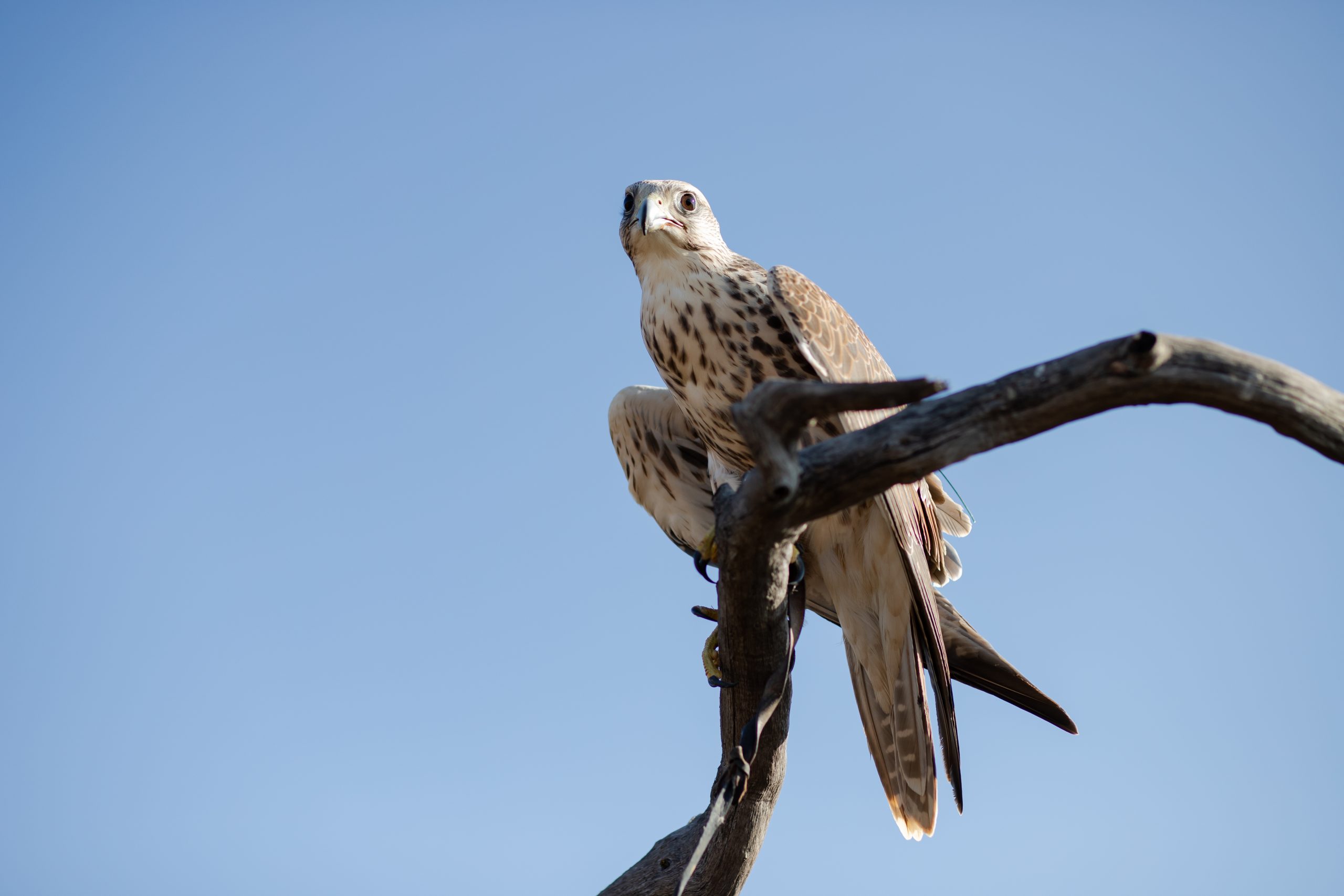 Saker falcons are native to Africa, Europe, and Asia.

Halley helps us talk about many of the important things that face falcons around the world. Many birds of prey, Saker Falcons included, are electrocuted using utility posts that aren’t insulated as the highest point in flat land – this can be solved with proper infrastructure planning. Similarly, saker falcons, like some other species, face poaching that is reduced due to robust captive breeding efforts that reduce the need for illegal activities.

How You Can Meet Her

Experiences at the Avian Behavior Ranch overlooking both the San Diego mountains and the San Diego Coastline featuring the falcon lure flight are popular, and with good reason! You can meet Halley in any of our Bird of Prey Experiences and the Art of Flight Experience. We often customize experiences due to her popularity.

Often friends and family members are so enamored of birds of prey that they feature a bird of prey wedding or funeral in the San Diego area. Our falcon Halley has been featured in many weddings, funerals, and other San Diego events to bring the spirit of the flight and the essence of the natural world to the community.

Dislikes: There is nothing that Halley seems to dislike about life

Peregrine falcons in North America were almost completely extirpated in the later parts of the 20th century, along with bald eagles, osprey, and brown pelicans due to the virtually indiscriminate use of the pesticide DDT. It was in large part through the help of captive breeding and reintroduction efforts of falconers that we still have them. DDT also decimated crucial fish and insect populations all over the continent, and our fisheries, reptile, amphibian, and insect populations are still vital parts of the ecosystem that need attention.