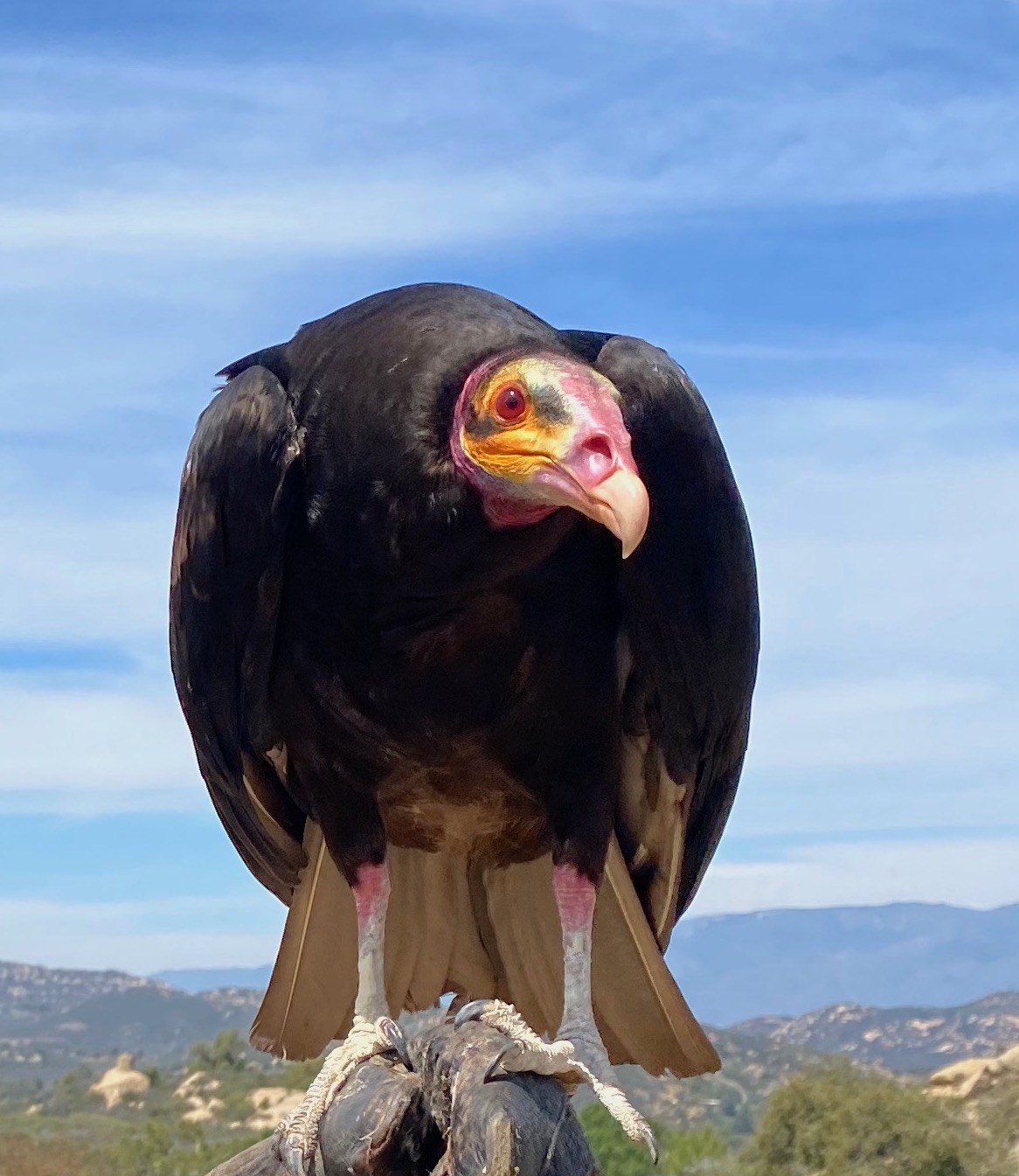 Yellow headed vultures are found in South America. You can spot them easily in the Pantanal, as well as more rainforested regions alongside other New World vulture species.

Turkey vultures are native to North America, South America, and the Caribbean. In colder regions they will migrate south for the winter. You might mistake them in our San Diego skies for hawks on occasion.

Our vultures’ role at Avian Behavior International is to have our guests walk with away with a surprising appreciation for these incredibly important birds.

They have each raised thousands of dollars for boots on the ground conservation and research organizations worldwide, from Chile to South Africa, often timed with International Vulture Awareness Day in September of each year.

Persecuted, poached, or poisoned, vultures  are on the decline around the world, and that spells trouble for our ecosystems and our own healthcare systems. That’s because vultures are an end user for many harmful pathogens that they can digest that other scavengers unwittingly transmit. Huxley and Dallas are beautiful up close and they can charm you right out of that frozen rib-eye steak you were carrying.

How You Can Meet Them

Huxley is often part of our Ultimate Bird of Prey experiences allowing guests the unique opportunity to have a vulture on the glove. Dallas and Huxley are part of each and every farm and aviary tour we have at Avian Behavior International because we feel so strongly about the importance of vultures

Likes: Our vultures benefit from the nearby farm giving us frozen, unpoisoned gopher meat!

Most birds can’t smell very well, if at all, and some species of vultures have a good sense of smell

Turkey vultures have one of the best senses of smell in the bird world.

The same compound that is in a leaky gas pipe is also what attracts them to a carcass, so they will often help gas workers find leaking pipes by collecting near them.