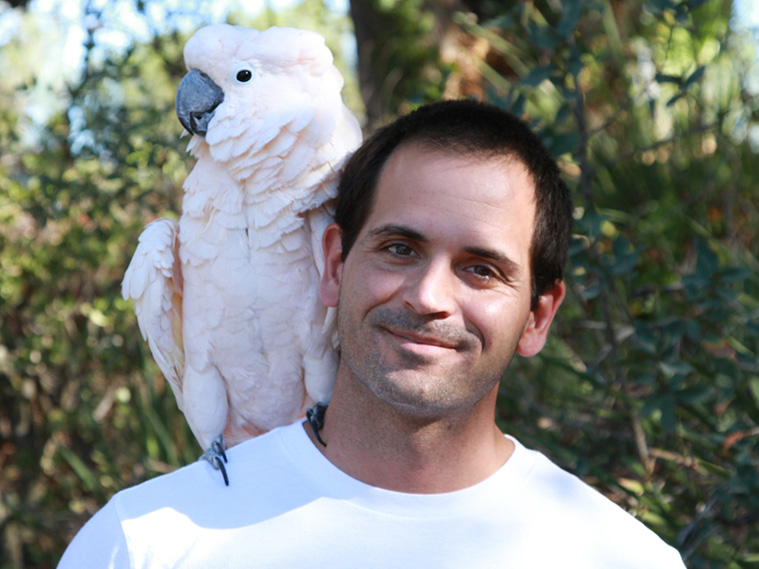 Andre Mondin’s love for animals was fostered from an early age alongside his father, a biologist with a government environmental agency in Brazil. Many an after school hour was spent at his facility learning about the natural behavior and husbandry of South American species such as bats, spiders, rodents, caimans, and primates, including the rare golden lion tamarin. Vacations found Andre the farms and ranches of friends and family, helping out with livestock and poultry and searching for wildlife. Andre left Brazil and moved to the United States and began taking veterinary assistant classes and helping out at the Humane Society. He began a five-year stint volunteering at Wild Wonders in Bonsall, California, spending almost all of his free time working with animals various and sundry, including alligators, wallabies, and exotic cats. With Wild Wonders, Andre fulfilled a lifelong dream of travelling to Africa’s wild animals.

In 2007, Andre reached another enviable goal when he began working as a veterinary hospital keeper at the San Diego Zoo Safari Park. This experience has afforded him the opportunity to work side by side with some of the best minds in the zoological community providing special care for each unique case that the Park sees.

It was as if the planets aligned when Andre and Hillary met, combining their love for animals. His beloved reptiles have rapidly taken over the house, and he has developed a reputation as a stray cat charmer. In addition to traveling across the planet to see wildlife, evenings and weekends will find Andre turning over rocks in the desert looking for reptiles or hiking the trails with his beloved dogs.