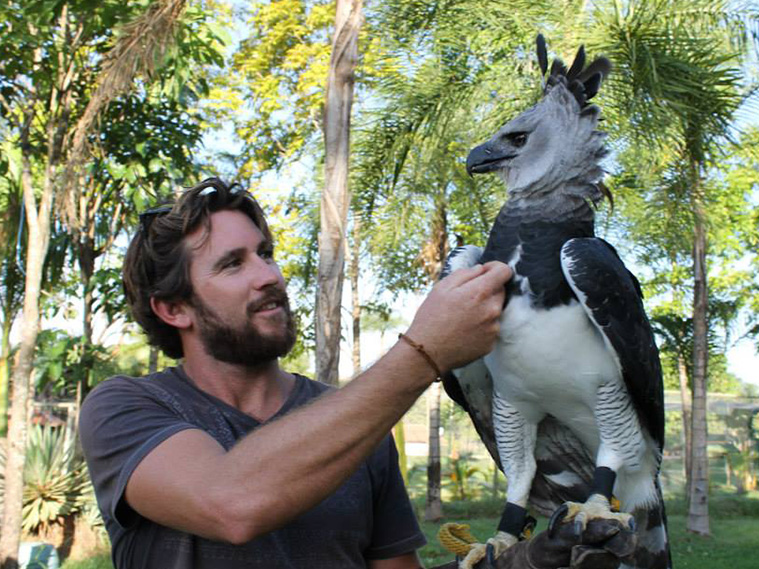 From Sydney, Australia, Luke was fortunate to grow up with the Royal National Park practically as his backyard, where his passion for animals flourished. He would spend his weekends in the park looking for water dragons, skinks, and birds, forever shaping the path that Luke would take through life. Living in a community with deep-rooted protections for the fragile populations of native wildlife like koalas as well as having a family that allowed for his own collection of birds and reptiles fostered Luke’s appreciation for the educational value of animals for conservation and their natural behaviors.

Once he finished school, he started volunteering at Currumbin Wildlife Sanctuary. Within six months he was working full time in the presentations department, learning the skills needed for snake shows and free flight bird shows. He had found his calling working not only with birds and reptiles, but also being able to train many different behaviors throughout various species. Luke also helped with the rehabilitation and release of the various species of Australian raptors. He worked at Currumbin for over six years before heading off to see the world.

The highlight of Luke’s career and life would be having the opportunity to work with ABI in Brazil for three months training parrots and toucans for a photo shoot in the Amazon. Not many people can say they free-flew trained macaws, conures and toucans in the middle of the jungle.

An avid surfer with salt water in his veins, as long as Luke has either a bird on his hand or a board under his arm he is a happy man.