The first conference held by Avian Behavior International, AvOCET 2023 will be a virtual gathering space for bird behavior, training, education, and conservation enthusiasts. With  internationally featured renowned speakers, paper submissions, panel discussions, and breakout rooms, the conference is designed to foster challenging ideas and thoughtful discussion, give attendees access to incredible minds in academia and animal care, and keep our community engaged with and feeling inspired by the latest work in the field and laboratory 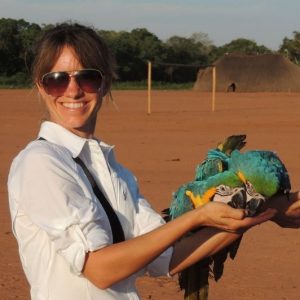 Owner and founder of Avian Behavior International and the Avian Behavior Lab, Hillary Hankey is a bird behavior and training expert based in Southern California. With a strong background in free flight training and companion parrot behavior consulting, she combines her love of adventure and understanding of animal behavior with a strong desire to connect humans and animals with complex topics such as nuanced education programs. Hillary has worked for and consulted with zoos, education organizations, and leadership programs and continues to educate through her podcast and online eduction program, The Avian Behavior Lab. For more about Hillary, you can read her story here.

The Power of Bad Ideas in a Changing Working World 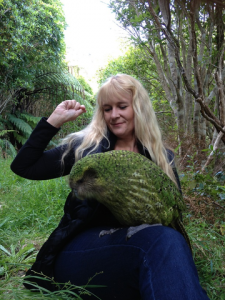 Barbara Heidenreich is an animal training consultant specializing in exotic animals. She consults worldwide working with zoos, universities, veterinary professionals, and conservation projects. She has worked onsite with over 80 facilities in 27 countries. She is an adjunct instructor at Texas A & M University. She has authored two books and contributed to four veterinary textbooks. She is a co-author of two Fear Free Avian Certification Courses. Much of her work focuses on training exotic species to cooperate in medical care. She operates the online education program  AnimalTrainingFundamentals.com. This virtual learning program features award winning courses, tracks to guide professional development, verifiable badges to share and prove course completion, community, and more. Barbara is an advisor for the Animal Training Working Group and the Parrot Taxon Advisory Group for the European Association of Zoos and Aquariums. She has provided her expertise to conservation projects The Kakapo Recovery Program and The Borneo Orangutan Survival Foundation. She has a Bachelor of Science in zoology and has begun the journey towards a Master of Science in applied behavior analysis. Her goal is to leave behind a legacy of kindness to animals by sharing her expertise. 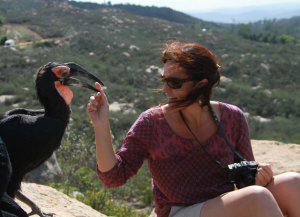 As the daughter of ornithologists, Dr Lucy Kemp actively sought a different direction for her career in conservation, choosing instead to study Marine Biology for her MSc at the University of Cape Town in 2006. Despite this, after working on numerous projects for species such as African Wild Dogs and Black Rhino, in 2011 she took the role of project manager for the Mabula Ground Hornbill Project. Alongside her work, Lucy completed her PhD on the Conservation biology and molecular ecology of the Southern Ground-Hornbill with the University of the Free State. Her main interest is how to take sound scientific evidence and use that to formulate on-the-ground conservation action, that considers socio-economic realities, cultural sensitivities, and conservation biology. Now as a professional conservation biologist she feels that this flagship species is an excellent candidate for testing conservation tools and connecting people throughout Southern Africa through a common conservation interest, and growing love for this icon of our savannahs. The Mabula Ground Hornbill Project aims to slow and reverse the decline of the Endangered Southern Ground Hornbill, in South Africa. With the help of their supporters and collaborators, her small team use a variety of mitigation methods, including reintroductions and environmental education, to combat the many anthropogenic threats faced by the species, such as poisoning, loss of nests and persecution for territorial window breaking. By mitigating these threats, the project hopes to slowly rebuild the population of such a charismatic and culturally significant species, and in doing so contribute to the conservation of the many other savannah species facing the same issues. 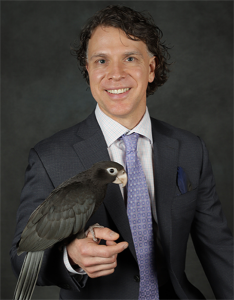 Dr. M Scott Echols lives in Salt Lake City and is a board-certified avian specialist veterinarian working primarily in the US.  Dr. Echols graduated from Texas A&M College of Veterinary Medicine in 1995 and completed his residency in avian medicine and surgery at the Medical Center for Birds in 1999.  He is an internationally recognized author, speaker, researcher, adjunct professor, visiting professor, and practitioner.  His artwork has been featured on several magazine covers and in numerous galleries in the US, Europe, and other locations. Awards include Recipient of the TJ Lafeber Avian Practitioner of the Year Award, 2005; Recipient of the Texas Veterinary Medical Association 2007 Non-Traditional Species Practitioner of the Year Award; Wellcome Images Award 2017 Finalist and Texas A&M 2018 Distinguished Alumnus Award.  Dr. Echols has numerous inventions in the field of imaging which are currently being used in animal and human medicine.  Dr. Echols splits his time between private practice, research, education, and outdoor activities.